FROM STORY BOOK TO SHORT FILM 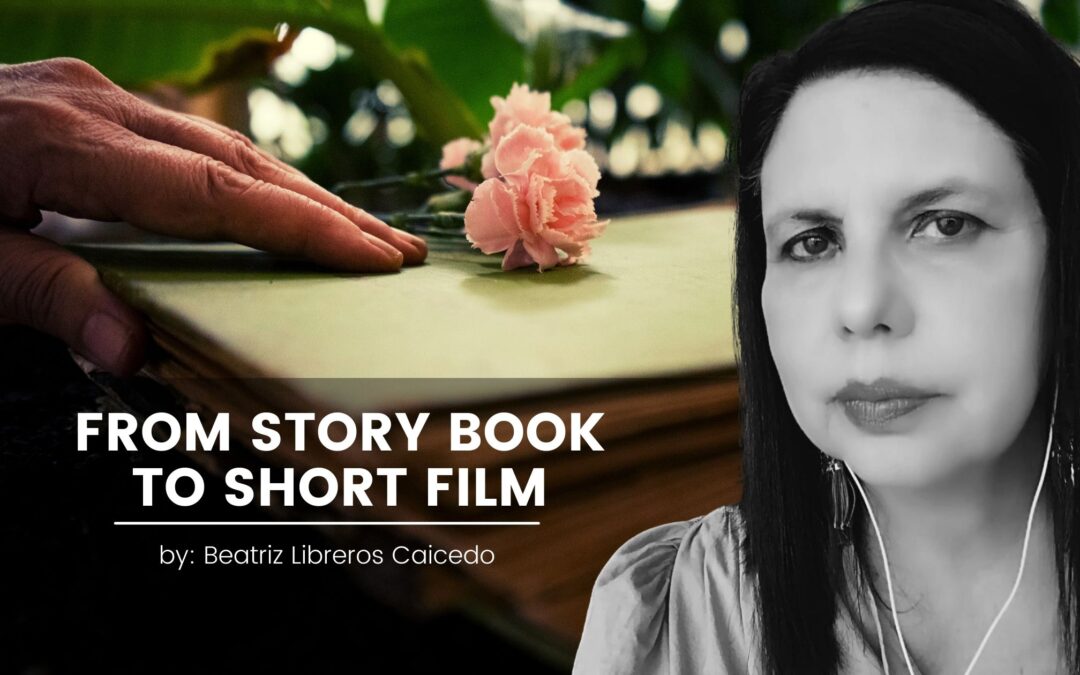 I like the theme of affection, it seems to me that in terms of relationships we do not finish deciding what is the best way to bond with the other. Reflecting on this topic, I wrote the book of stories “The night we were so close”, where stories are told that have to do with reality, some were told to me, others happened to me. When the book became a reality, I began to imagine what it would be like to turn some of these stories into a short film.

I asked myself the question about whether I wanted to make a version adjusted to a story or a free adaptation as it happens in the film “Blow Up” by Michelangelo Antonioni based on the story ” Blow-Up” by Julio Cortazar where the story changes. So I thought I wanted to be faithful to the story “Pastry”.

Several of the stories in the book “The Night We Were So Close” are likely to be adapted to the screen because they have descriptions that can easily be viewed to write as a script. In this scenario, the story that most caught my attention to translate it into a short film was “Pastry”, because very soon I imagined what its aesthetic would be, taking into account what it was like to show the work of pastry, its delicate flowers in pastel tones, the sugar figures on the cakes, together with the hands of the women preparing the sweet paste, the setting of Alita’s house, Ana’s mother, where everything is perfectly arranged under the motto of everything in its place and a place to everything, I learned since I was little. And little by little the characters were taking shape, they developed to become more real people with a specific age and physiognomy that came to be represented by the actors that were chosen in the casting.

In the casting, I have had a very special feeling when I appreciate that our characters transmit the particular emotions of their way of being, in that fictional world that has been created. The ladies of the pastry have a different personality, and each chosen actress finds the subtleties of the character of each woman she represents. Ana is at a very different time in her life from theirs.

Alita, enveloped in the sweetness of the cakes she prepares and the pastry she makes, notices that something is wrong with her daughter, but she is unable to approach her directly, to ask her if she feels bad. She only tries to bring her closer to her work with her group of friends who get together to work in the pastry, where they talk, share their love stories, give each other advice, wanting to find the remedy that alleviates the sorrows of each one. Surprised, Ana listens to them talk about that high dose of reality that they have, immersed in the silence of their pain and loneliness. She is surprised, but it helps her to listen to them and have their warm company, to overcome her grief.

In the script for “Pastry Flowers”, the essence of the story has been maintained. The story and the characters are the same. Some situations were illustrated that in literature are sometimes very concise and that in the cinema need to be reflected in dialogues or actions, because on the screen everything happens to be seen and heard in its audiovisual language.

Social communicator from the Universidad del Valle, journalist for “El Espectador”. He studied cinema at the International Film and Television School of San Antonio de los Baños de Cuba and in New York. Writer of the book of stories “The Night We Were So Close” belongs, a work from which her first short film “Pastry Flowers” derives.