NO ONE IS SAFE FROM HEARTBREAK 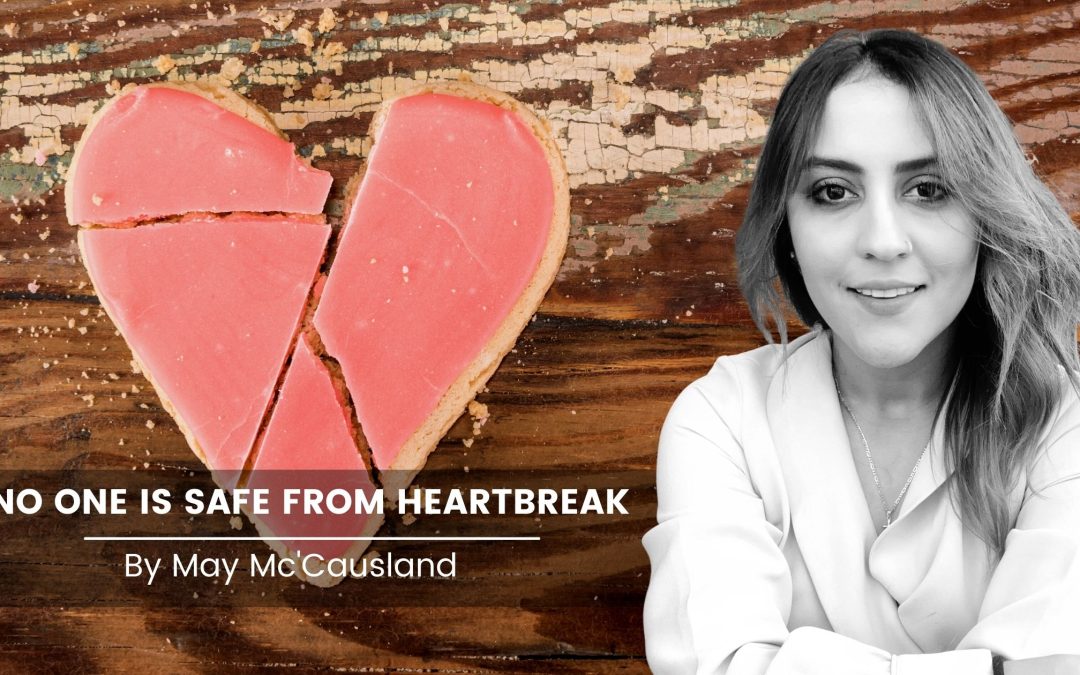 Although ending a romantic relationship is not usually the most common reason to die, there is evidence of how emotion affects our mind and, with it, the whole body. Emotional pain is processed as if it were caused by a broken bone, something is missing and it hurts, we don’t know what, but there is a black hole where we are blinded by fear, anxiety, distress, guilt, anger, and it is difficult to find a way out, difficult to explain.

Personally, when reading the story “Pastry”, which Beatriz has renamed “Pastry Flowers“ for her film version, I saw myself, my friends, and anyone who has been in love and has to accept that the relationship is over, and that’s why I wanted to participate, along with Studio AYMAC, in the creation of this intimate, unique, and yet the universal short film, like the process of healing a heartbreak. There is no right or wrong way to heal, you just have to understand that each person must feel the grief in their own way, some at the beginning of their lives, others at the end, but if you’re still alive, you’ll experience it. Ana, the protagonist of our project, faces it for the first time, and the author takes us to that moment when she reaches rock bottom and begins to heal, that point where simply living begins to make sense again.

One of the most realistic and at the same time difficult things to depict in the story is precisely what gives the short film its name. I don’t want to give spoilers for a project that is still in development, but I think it’s an interesting point to analyze: what does pastry have to do with how Ana gets over her heartbreak? Well, everything and nothing, this is the worst-kept secret and yet it remains a secret when it comes to overcoming pain or letting go of anxieties since the mind, always looking for logic, remains reluctant to understand it: the task as a tool to return to the present moment, to stop thinking and start doing and solving, that’s what the manual labor of pastry gives to our protagonist and also gives her a group of people who support her, without saying anything, without giving her solutions, just listening and letting her be, so she can move forward at her own pace.

I like the ease and realism with which Beatriz shows that small moment. In 15 minutes, she summarizes perhaps a week of this young woman’s life and we can imagine how much she loved, and the depth of her pain. We see her gently letting go of her grief, stopping looking at what was lost, and looking towards what she has. It’s not hard to imagine that Ana is me, that the worried mother of Ana is the mother of any depressed person who doesn’t know what to say or do to help her daughter. This story could be that of a friend, or a family member, and Ana’s healing is ours. Without sermons, magic formulas, just a task to keep from going crazy and the company of others.

Art has always been a tool of expression for humans. Heartbreak stems from the emotion that moves us as people and that we call LOVE, and that same feeling in its two contrasts has given us legendary works. It is no secret that this feeling is a source of inspiration in any artistic manifestation: paintings, songs, sculptures, books, and films, it has motivated its artists to create. What would the world be like without the pain that is portrayed in art, without Shakespeare, Van Gogh, Frida Kahlo, Sophie Calle, Shakira, Rocío Jurado, and Paquita la del Barrio! The art that accompanies our pain, the same pain that originates art, that’s why it continues to be important to bet on stories like this, to let other visions of the world be seen, other aspects of the human, heartbreak from the inside, far from stories of intricate revenge plans or endless nights of sexual encounters to forget someone who no longer loves you, a story that shows that personal side, that face we hide, depression, melancholy, the fact that everything hurts even though nothing physical is the cause and healing, it doesn’t respond to what others see, but to being able to breathe again and wanting to continue living.

Participating in this project is my way of honoring not only heartbreak but also the person I am, those characters who, by loving and leaving me, have made me feel in the abyss and better know the being that inhabits this body, joining Ana, creating my own metaphorical pastry flowers.

ABOUT THE SHORT FILM ‘‘PASTRY FLOWERS’’

Story by Beatriz Libreros Caicedo, a writer from Cali, based on the short story “Pastry” written by her, which belongs to the book “The Night We Were So Close”. Production by Studio AYMAC -that has tax benefits through its film law resolution-.

ANA, a young college student, experiences heartbreak when Carlos disappears from her life without giving her any explanations, causing her to fall into a deep crisis. Her mother and friends who work in pastry gradually involve her in this trade, allowing her to overcome her sadness.