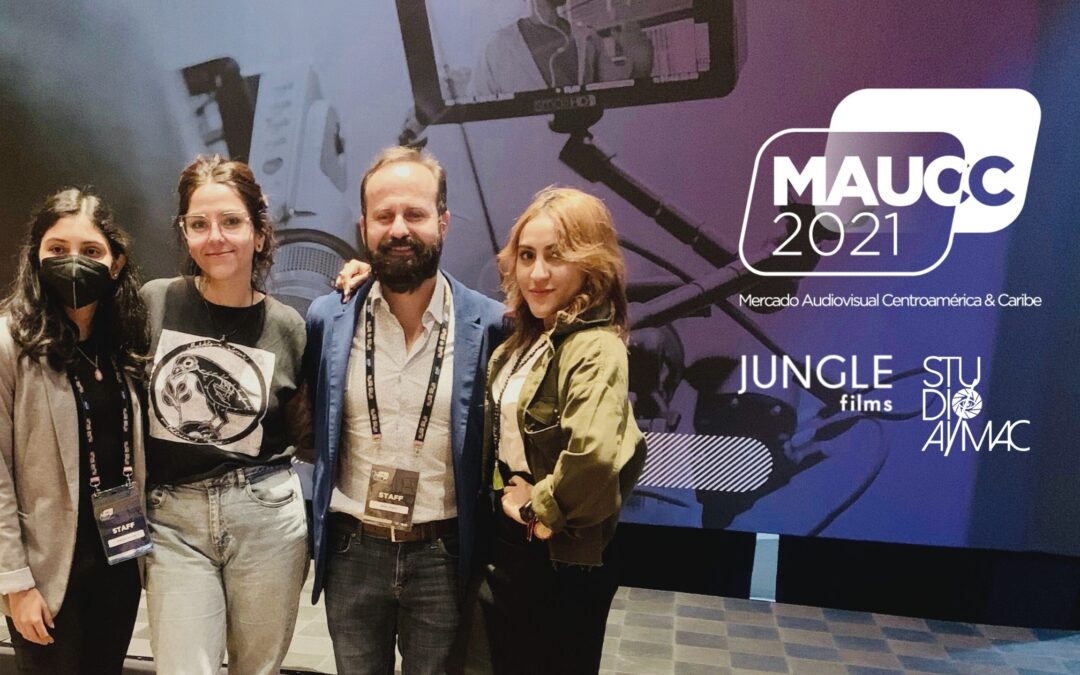 From left to right, Daniela Quirós Executive of the Film Commission, Estefani Céspedes by Jungle Films, José G. Castro Film Commissioner of Costa Rica and Director of the MAUCC and May Mc’Causland Executive Producer by Studio AYMAC.

In the third version of MAUCC –CENTRAL AMERICA AND CARIBBEAN AUDIOVISUAL MARKET-  that took place in Costa Rica from November 15 to 18, and in which Colombia was the guest country, Studio AYMAC together with the Costa Rican production company JUNGLE FILMS, received the co-development award for the development of their documentary project LIBERTAD ARROLLADORA -Overwhelming Freedom-, Mike Leitón‘s debut feature.

JUNGLE FILMS, the company associated in this international project with the Colombian production company, represented by Estefani Céspedes, who is recognized in Central America for the documentary work THE PSYCHOPATH, CHRONICLE OF AN UNSOLVED CASE (2019), a film that remained on the billboard for more of 5 weeks in Costa Rica, and was premiered at the renowned Sitges Festival.

Leitón’s documentary is a moving story and who better than him to tell it from his relationship with the characters, who are his family and his experience as a playwright and screenwriter.

For Studio AYMAC the relevance of this story together with its quality motivated us to join LIBERTAD ARROLLADORA –Overwhelming Freedom- as we consider it will contribute to evidence from a personal fact, the need to continue fighting for the respect of the rights of all human beings for live, develop and love without prejudice.